Software Developer by Profession,
Pythonista by ♥

What was the main objective behind the Workshop?

The objective of the workshop organizers was very clear to give Second Year students, the basic idea on how projects should be choosed and completed in their Third Year and Final Year.

The students should understand the difficulties they will face in their future classes from selecting the name of the project topic to the problems in setup and coding. That was the main reason why workshop had been held exclusively for Second Year Students.

Second most important thing that we thought while organizing the workshop was that, Second Year students should get an exposure to new technologies that are to make a huge impact in the technology fields. This is why we chose IoT. IoT is the most fast growing and emerging technology with almost all major tech giants entering the competition. From IBM to Google, everyone is trying to integrate things for various analysis and technical purposes. 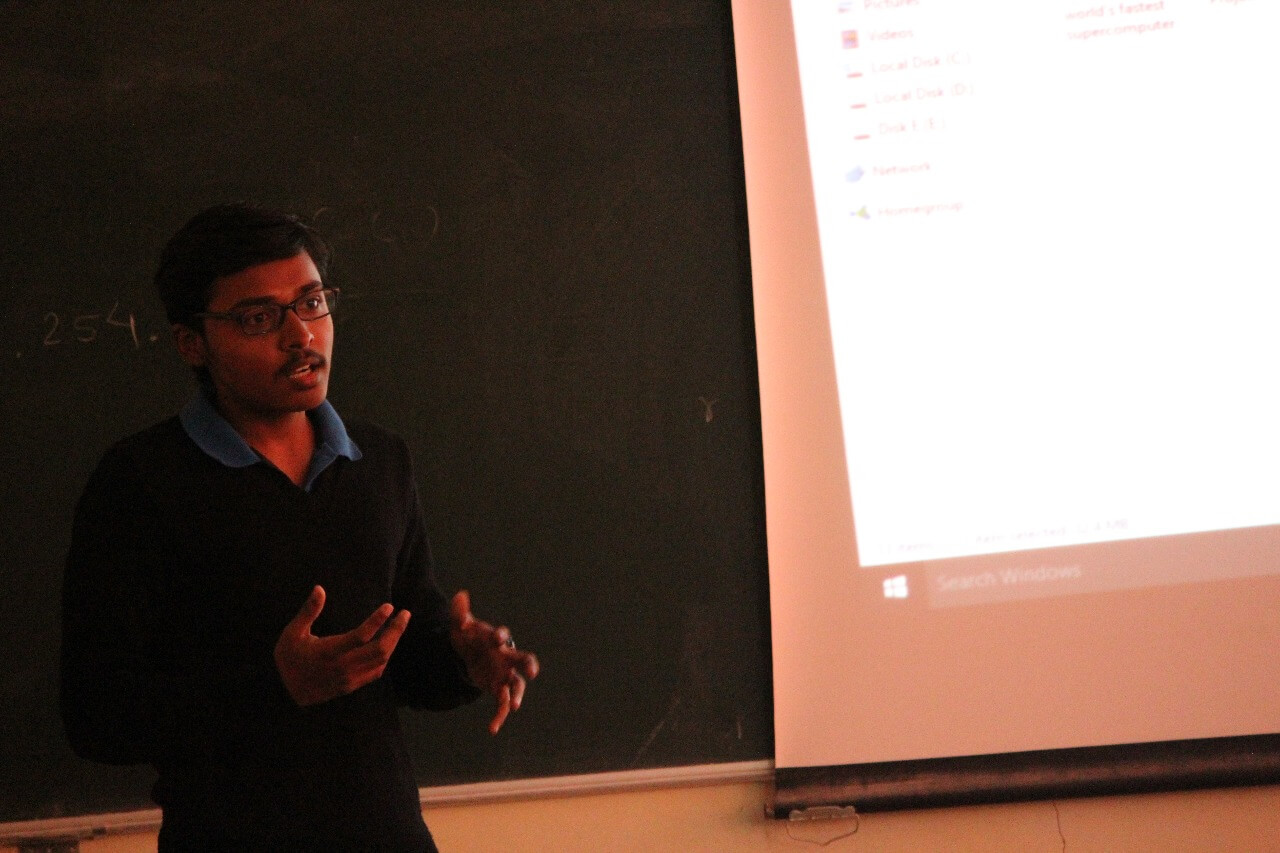 How was the Workshop Scheduled?

Workshop schedule was being created and thought of right before a month.

We had created two posters before one week of scheduled date of workshop. The manual (for code snippets) and the participation certificates were also provided to the each and every student in the workshop.

The Workshop was divided into three sessions. They were conducted by Omkar Pathak, Akash Nalawade, Chinmaya Kaundanya and Sanket Parode (Third Year, Computer Department) and Bharat Mazire ( Final Year, Computer Department). Sixty Seven Students had attended the workshop which were higher than expected by the organizers. As per the feedback received from the students, they were overwhelmed with the idea of showing the videos related to the workshop which helped them to grasp the concepts quickly. Videos about Artificial Intelligence, Machine Learning, Importance of programming languages helped to encourage students towards IoT. On both the days of the workshop, refreshments were provided to the students.

The first session was the introduction and basics of Python Language conducted by Bharat. Concepts such as variables, loops, control structures and data structures were taught to students.

Update: Many students later came with various projects built using Python. Students were really interested in learning Python, not only they learned but further they completed several projects in Python. This is what the real aim for the workshop was.

In the second section, Akash delivered a brief introduction about the concept of IoT and its various real life applications. Right from history of IoT to Self Driving cars, everything was introduced to students in a brief way.

Sanket demonstrated students how to install Operating System in the Raspberry Pi and configure it. Installation using Windows and Linux as well as head start were explained by him.

The Students were excited by the various videos shown during this session. Videos included some TED talks about IoT and emerging technologies, how IoT is changing the world and a fascinating video about how IBM Watson was used to create a sensational trailer of a horror movie (Morgan) which was really close to what human made trailer would look like. 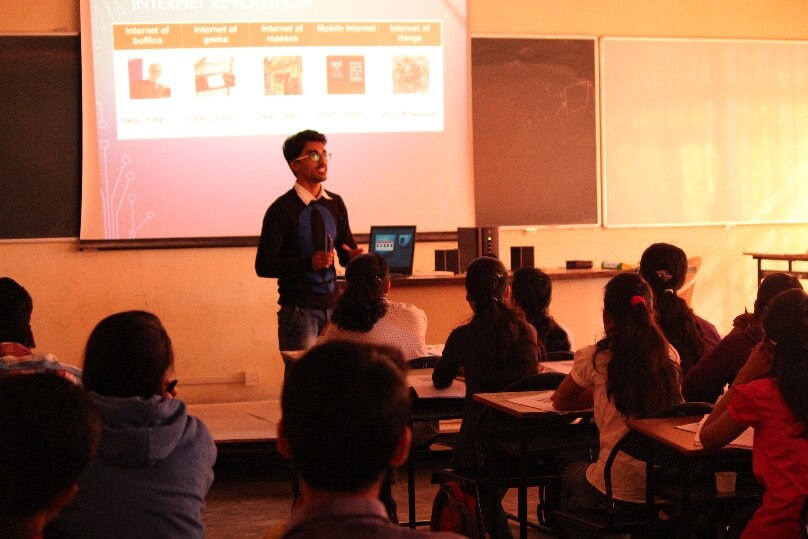 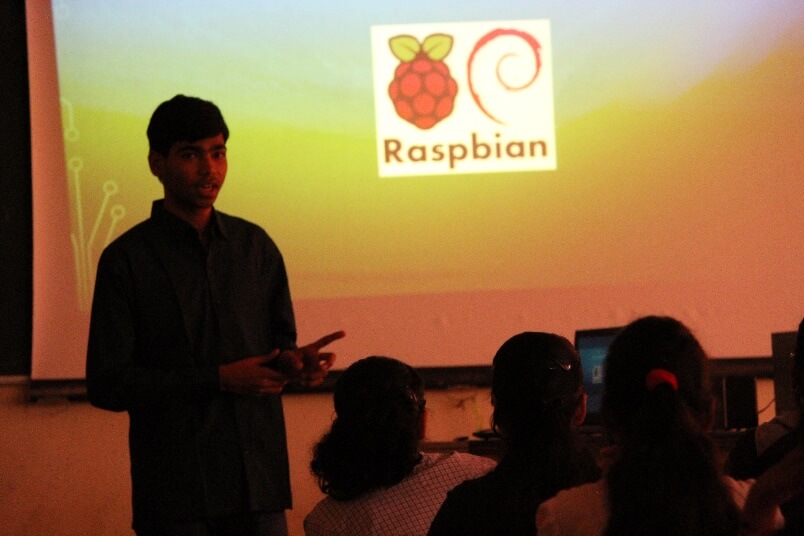 Sanket explaining how to install OS on Rpi

In the final session, I demonstrated the live project of LED Control which caught the attention of many students. Students were shown how can we can control LEDs connected to Raspberry Pi, from their mobile phones. Various application based on this were also introduced.

Update: This topic was further treated as base for many projects for many students. 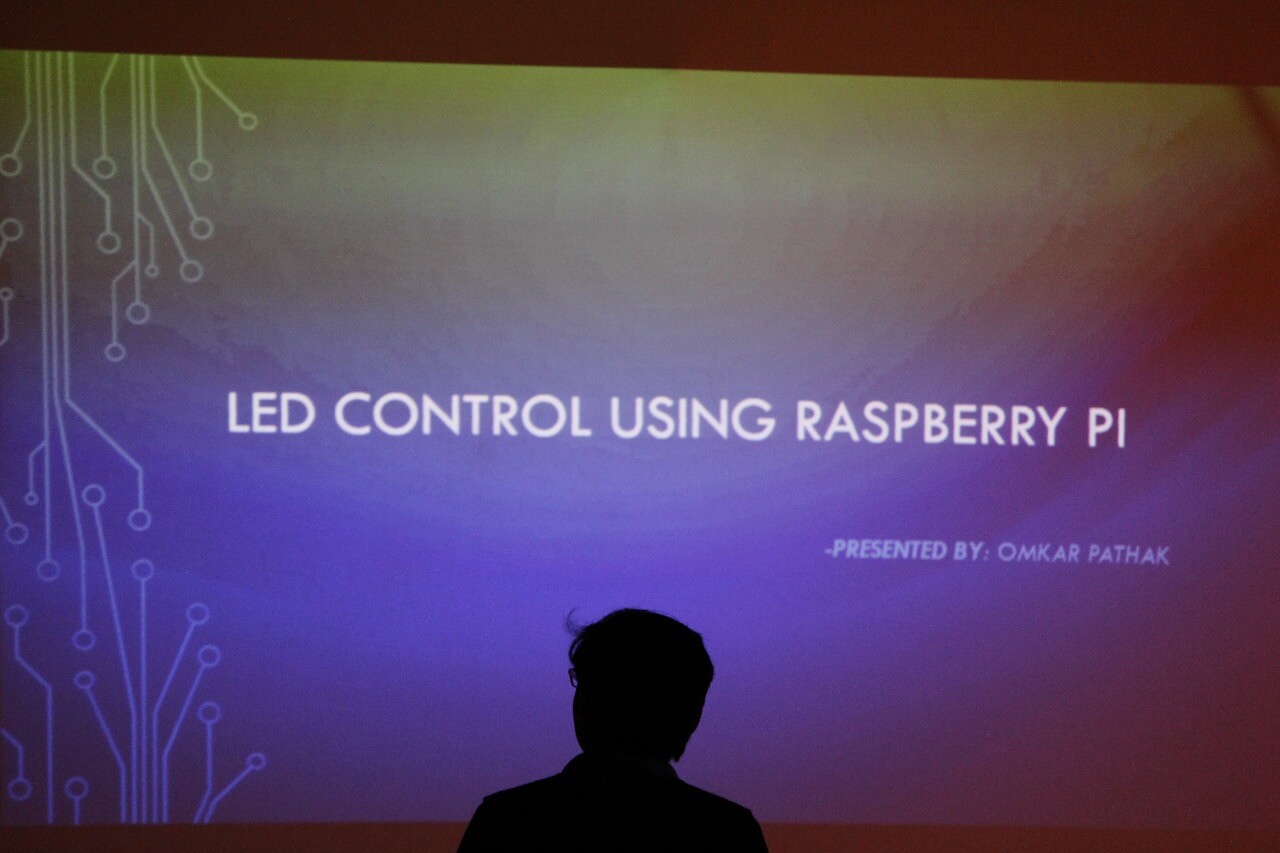 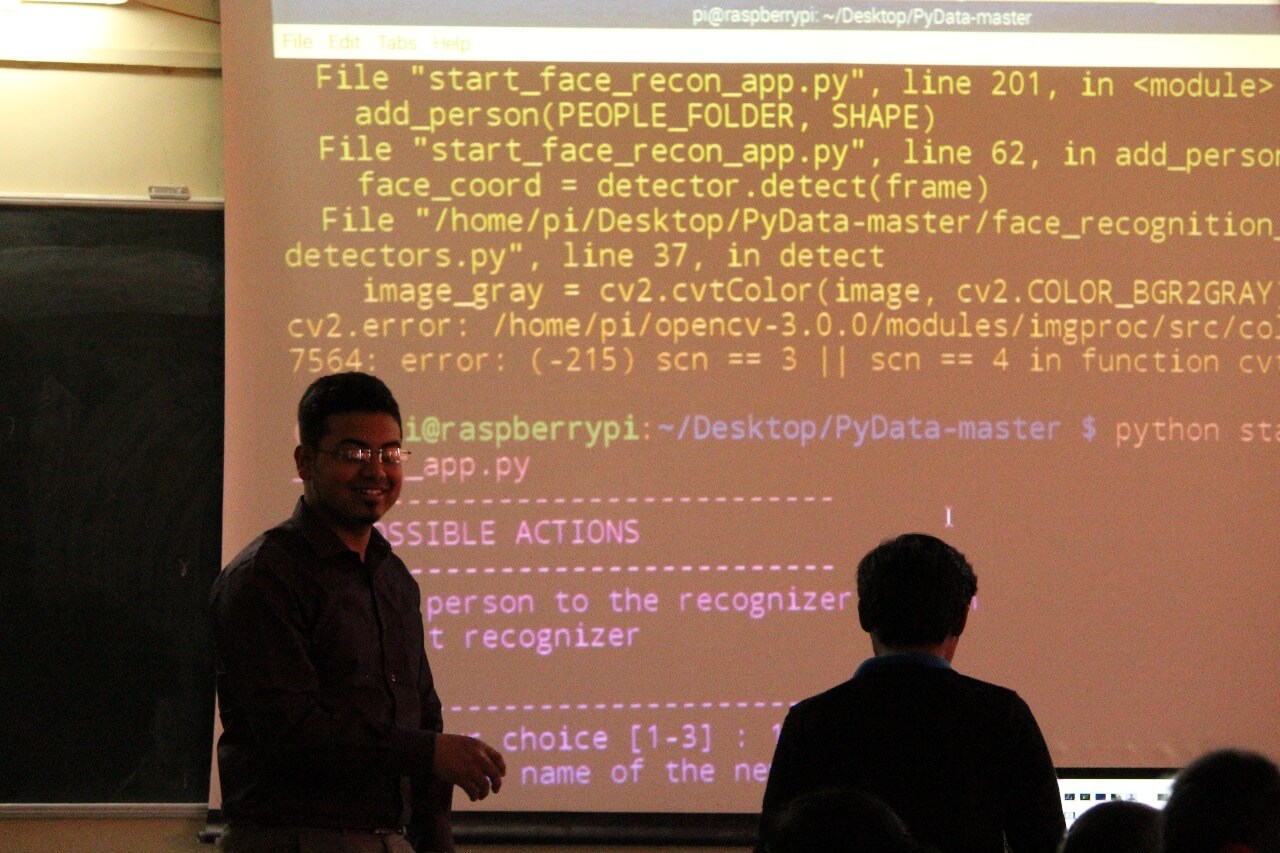 This was our first experience in public speaking and teaching. So we were really nervous but the students who participated in the workshop were really amazing. They helped make it a mesmerizing experience which is to be remembered for lifetime! 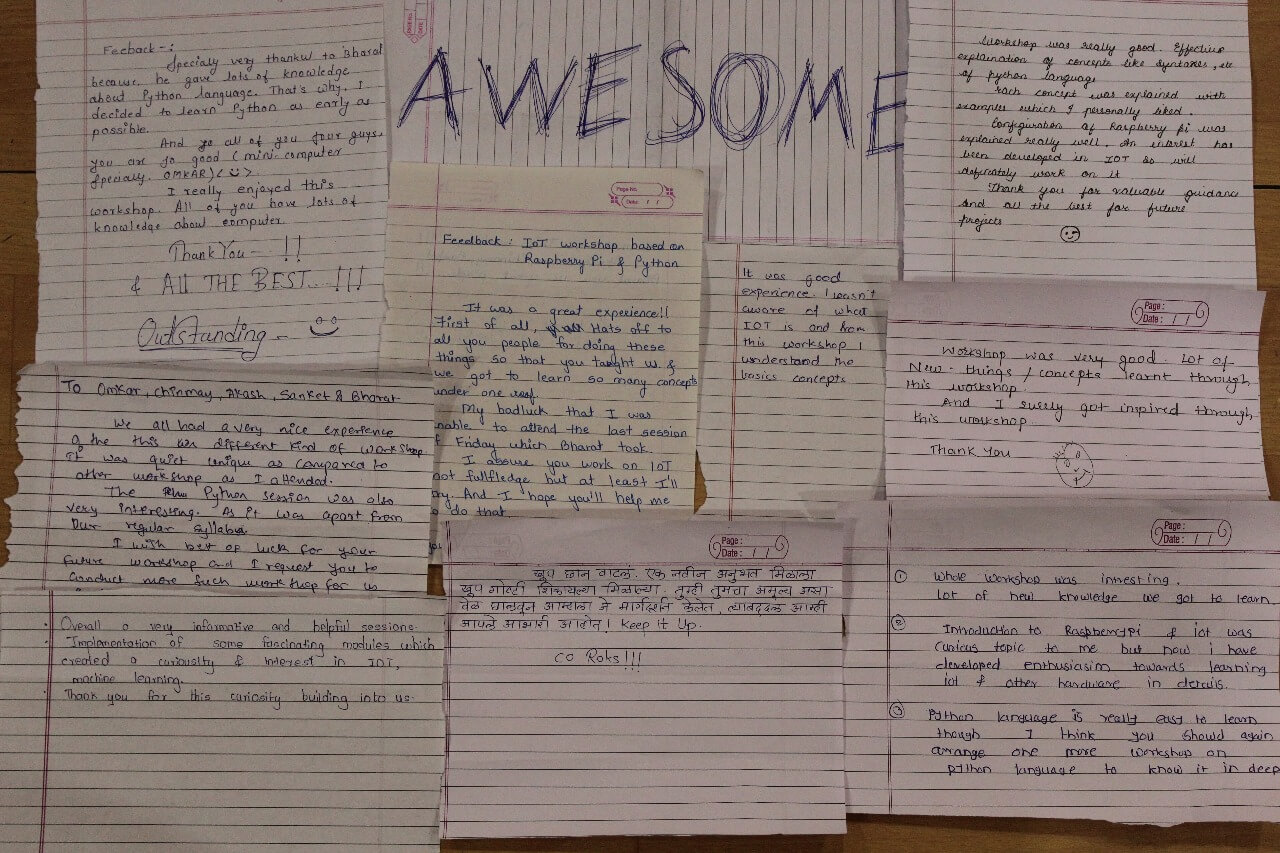 Some feedbacks from students